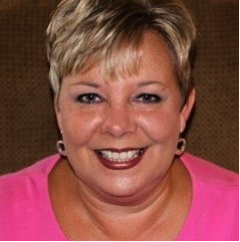 This award recognizes Donna Heaton and how she touched so many lives in our organization and industry through her leadership and influence. Donna’s charisma and great wit inspired us all. Donna was the kind of leader who had a vision. In the business world and personally, Donna was focused on others and their successes. We want Donna’s spark to live on through this scholarship opportunity.

Donna Heaton was truly born for this industry and was a respected leader in this field with a distinguished career that spanned more than three decades. Donna served as President for the first two years the Apartment Association of Greater Knoxville existed, from 1993 to 1995. She proved to be key in the ongoing success of the Association. Her name became synonymous with excellence in the multi-family world. She mentored not just those under her command, but any and all who asked for her help, even if they were considered her “competition”. She was constantly sought after as an expert speaker and teacher and enjoyed a reputation as one of the most respected women of the industry.

Donna blazed the trail for those who followed and was instrumental in bringing the Apartment Association of Greater Knoxville to the superior level we know today. She possessed intangibles that were envied by all who knew her such as wit, wisdom, vision and leading not just with her head but with her heart. Those who worked directly for Donna held her in the highest esteem and even after leaving her employ would still visit and seek her advice years later. She never turned anyone away who needed her help.

Her thirst for knowledge never ran dry and she continually fed her passion with books and writings from varied sources. Her battle cry was “Knowledge is Power” and she voiced this at every opportunity! Donna Heaton’s legacy will continue to live on in the hearts and minds of future generations through the magnificent opportunity afforded through the creation of this scholarship.

There are no upcoming events.